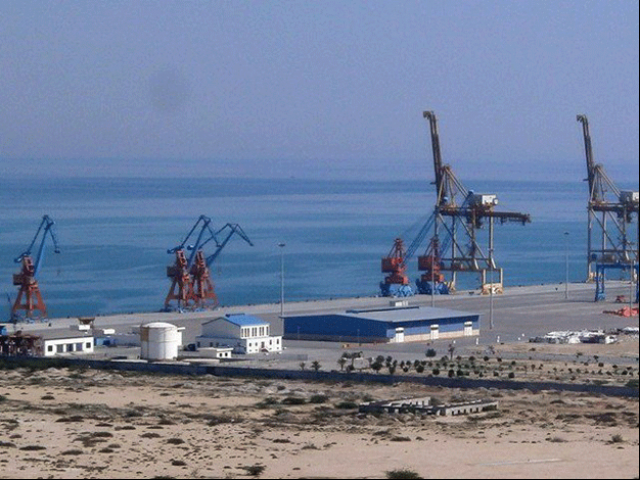 The extremely cautious and calculated Chinese approach -meticulous planning and patient/quiet execution represents a sharp contrast to the way Pakistani politics and bureaucracy works. Chinese officials and friends privately often complain of the propensity among Pakistanis of unnecessary bluster, emotional sloganeering and little pro-active approaches.
For the Chinese dream of One Belt One Road and its offspring China Pakistan Economic Corridor (CPEC) Gwadar holds the key. And that is why Chinese strategists and planners chose it for realising the first of the three corridors President Xi Jinping proposed. That is why the Chinese have snubbed the Indian premier Modi over re for instance, childishly/stupidly tried to drag President Xi Jinping and Putin into condemning Pakistan, without realising that Chinese policies and actions stem from deep thinking and meticulous planning. But Pakistanis must now adapt themselves to the Chinese expectations of hard work, detailed planning and self-less execution. The entire endeavour holds great promise for both China and Pakistan, and Balochistan in particular. And Gwadar is strategically central to this dream of development. What are the Pakistani leaders doing for the extremely under-developed and embattled Balochistan and KP? Their talk on CPEC and Gwadar as its lynchpin in fact begs numerous questions; where does the common man from Gwadar fit into these grand plans? Are the provincial and the governments at all cognisant of the skilled human resource that is required to service the shipping and industrial units envisioned for the free trading zone being set up.
The focus on the impact of and the relevance of the socio-economic and environmental issues for the common man usually gets lost in the lofty strategic and economic discourse.
As of now, this becomes obvious when moving through the dusty, dirty and mostly decrepit Gwadar old town. It offers a contrast to the grandiose official talk surrounding CPEC. The roads that connect it with the new town and the airport, on the other hand are newly built. So is the new town which is sparsely populated.
Chinese companies may be planning projects as part of their corporate social responsibility but the major question popping up during briefings and visit to the old and new town revolves around Pakistani plans for the human resource development.
China owes its phenomenal progress also to half of its population i.e. females. Most of them have been equal contributors to the economy. What about the Baloch women? What plans do the Pakistanis have to immediately start preparing the local youth for becoming part of the mainstream services and industrial sectors that will hopefully emerge in the coming years? As far the Chinese, they expect Pakistanis to propose ways for delivering social welfare services because they believe Pakistan has a long experience of service delivery through private, non-state actors (read NGOs).
But addressing and neutralising Baloch concerns such as demographic changes through non-Baloch influx into Gwadar, women’s participation, vocational training facilities, and development of social infrastructure in the old town is entirely upto the Pakistani leadership. It requires real work and less talk, the Chinese way i.e. commitment and unconditional steadfastness. The Chinese Foreign Ministry spokeswoman Hua Chunying’s delivered the latest proof of this when responding to a question about Indian premier Modi’s childish attempt to drag Pakistan’s name at the BRICS summit in Goa, India. “We also oppose the linking of terrorism to any specific country, ethnicity or religion… Pakistan has made huge efforts and great sacrifices in fighting terrorism. I think the international community should respect this,” Ms Hua underlining the unflinching Chinese position on the issue of Maulana Masood Azhar and opposition to India’s inclusion in the Nuclear Suppliers’ Group.
But herein lies a cautionary note for Pakistan too; China as a firm believer in geo-economics and quiet perusal of peace and development objectives would expect its allies to follow the same path. For now, it has stuck its neck out in support of Pakistan. But probably not for very long unless it feels a realpolitikal recalibration in Islamabad. Pakistani leaders need to negotiate a good bargain for the people of Balochistan in particular. Saindak Gold/Copper project and Reko Dek are a few examples of skewed deals which MUST be avoided.
Chinese officials and those associated with Gwadar projects seem very happy with the development of roads as well as the raising of the Northern and Southern Special Security Divisions for their protection. What they, however, want is prompt decisions and objection-free executions and expect the central government to put to rest the controversy over eastern and western routes.