Militarisation from Asia-Pacific to MENA By Shahid Zubair 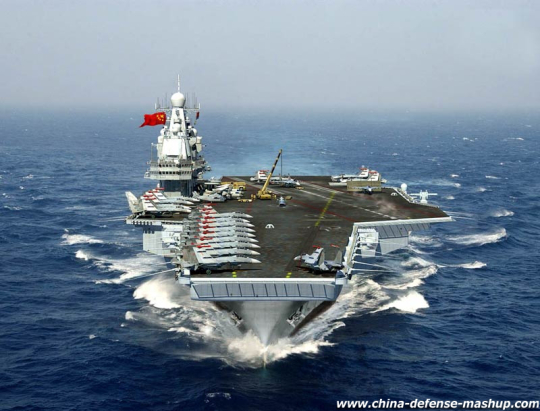 Today, the top of priority US foreign policy is the challenge of Chinese phenomenal rise in economics, trade, science, technology, military, paramilitary, cultural and geopolitical strength.

But incredible worries start creeping in when a pacifist like the present writer learns about the huge militarisation taking place from Asia Pacific including Sea of Japan, the Yellow Sea, South East China Sea through Strait of Malacca, Bay of Bengal, Eastern and Western parts of Indian Ocean, Arabian Sea, Persian Gulf, Gulf of Aden, Red Sea to Mediterranean over land, water, air and space by the US and India on one side and Peoples’ Republic of China and Russian Federation on the other.

The cause of the current rivalry is growing strength of Chinese and Russian economy; and erosion of the United States’ control over global economy and influence.

Both sides are, therefore, hectically busy in provoking actions to show their military presence.
The US patent strategy has been to avoid direct conflict but to encourage and support regional countries to fight the adversary, alleging and charging with such propagandist’s epithets as authoritarian, dictator, and aggressor.
Another frequently used technique is to keep comparing Chinese leader’s actions and general state of affairs with those of Hitler and situation prior to World War-II.
In this way, the US places itself in the coveted position of an adjudicator between the two warring people and continues taking great advantage of the chaos.

At the moment, the front line appears to be South Korea, Japan, Philippines, Taiwan, Vietnam, Thailand and India.

North and South Korea: As a result of war in early 1950s, the Korean peninsula was divided into North Korea allied with China and South Korea with the US.
Ever since, the US forces are stationed there with approximately 28 defence installations, Chinese keep watching and responding provocative activities in the Yellow Sea and South East China Sea.
The US has gone to the extent of inviting India for joint army exercises in Coastal Sea waters which China responded with threats of dire consequences to stop the programme.
North Korea also did not remain silent.
In January 2016 it responded with a test of a hydrogen bomb, shocking the regional as well as western world by acquisition of this capability.

Japan: Despite so many similarities, which the analysts have found in the Japanese Prime Minister Shinzo Abe and Chinese President Xi Jinping, the relations between the two countries keep on deteriorating.
To take advantage of this rivalry, the US as usual, is trying to play the role of an arbiter, while the truth is that the US is in itself an active player in this game with around 50,000 US troops stationed in Camp Zama, Tokyo, and Fort Buckner Army Base in Okinawa, Japan.
The US 7th Fleet patrols over those sea waters.

Vietnam: For Vietnam, China is a permanent threat.
It got its independence after a thousand years during which 17 wars were fought against China.
In May 2014, it happened so that a Chinese oil rig navigated through disputed waters at a distance of 120 miles from the Vietnamese coast.
China claimed that the rig was in South China Sea.
On the contrary, Vietnamese call the same water as East Sea.
Vietnam re-acted so passionately that it asked the US for support and offered Cam Ranh Bay as area for building a naval base.
.

The tensions in South East China Sea have reached to an absurdly intolerable level.
In May 2016, a US Jet flew over the reefs which China was converting into islands.
The Chinese warned 8 times with words: “This is the Chinese navy, please go away to avoid misunderstanding.
” In came the protest from Washington made none other than by Anthony Blinken, the Deputy Secretary of State, who called the words as “threat to peace and stability” and balanced the act with Russian annexation of Ukraine.

Indian Ocean: This ocean provides movement to global trade which distinctly includes oil packed in big tankers and shipped from Dubai in the Persian Gulf through Sri Lanka and Strait of Malacca to Chinese Eastern Coastal cities.

Historically speaking, in addition to 1962 war against China, India and Pakistan fought three wars and a smaller scale Kargil.
The bone of contention between the two neighbouring countries is Kashmir, another nuclear flashpoint along with Taiwan in Asia.
The construction of Pak-China Economic Corridor is a mole that troubles the Indian Prime Minister.
To frustrate these economic and trade relations and to fail China’s ambition to develop a “String of Pearls” meaning by availability of port facilities all the way through Hainan Islands across the Indian Ocean to the Middle East and Africa, India is working as strategic partner of the US.

The US-Indian nexus started prior to 9/11, better to say after the Cold War.
First indicators flashed in March 2000, when President Clinton made it clear that Pakistan should not remain under the illusion that the US would intervene in Pakistan’s favour if a conflict broke out between two neighbouring countries.
President Obama went fast forward in declaring India as strategic partner, ignoring totally the quagmire in which a trusted friend like Pakistan would have to wrestle terrorism alone from its long porous 1500 miles western borders and hostile malicious aggression from its almost equally long Eastern borders.
The US is now the largest arms suppliers to India.

But there is a lack of foresight in Obama’s “Pivot of Asia” theory by virtue of which India, a power, which is at the periphery and far away from the battlefield is given a central role to play.
Let us assume India is successful in defeating the Chinese “String of Pearls” theory.
This will not prove to be a winning stroke because China has already managed to get oil and gas from the Russian Federation through a highly safe route.

Turkey: Turkey has almost always been playing a highly important role in Mediterranean politics although it has not yet gained membership status in European Union.
Turkish relations with the West are in the doldrums.
Agreements signed by Egypt, Greece and Cyprus in various fields have isolated Turkey in the Eastern part of the Mediterranean.
Internal situation after the failed coup further compels President Tayyip Erdogan to look for stability.
So, if Erdogan makes some alliance with Russian President Vladimir Putin, it will be a major geopolitical shift which will further minimize the US influence in Asia.

Russia has also made its presence felt not only by firing cruise missiles targeting Syria from warships in the Mediterranean and previously from fleet stationed in Caspian Sea, but by its annexure of Crimea and the Sebastopol naval base.
Furthermore, Russia has given financial help to Cyprus to cope with the crisis for getting refuelling facilities.

Interestingly, China joined US and NATO for joint naval exercises together in the Mediterranean Sea under the code name “Joint Sea 2015” against piracy at sea.
In this way the New Silk Road has been extended to MENA.

The purpose of this article has been to show that war is wicked, as it is not only a game of trillions of dollars which can be used to break poverty through education and skill development, but of irreparable loss of life.
Let us ask for a moment what has been achieved in Afghanistan? The answer is defeat of the Soviet Union 40th Red Army.
What kind of defeat it is and what is the impact of Western intervention which has turned Afghanistan into an inferno?

It would be much better for the US to deal directly with China or for that matter Russian Federation if there is a clash of interest or misunderstanding.

Militarisation or war is not the solution.
Already the contribution of the Mesopotamian, the Chinese, the Russians, the Persians, the Indians, the Greeks, the Romans, the Moors, the British, the Japanese and the Americans towards life is par excellence.
Promotion of the beauty of life is more important than ugliness.
This is the only sustainable way forward for the future world.
And if man has to fight, it must be against the malicious forces of nature.

The writer is a senior analyst and educationist based in Lahore