The ‘P’ in CPEC stands for Pakistan by Nazia Jabeen 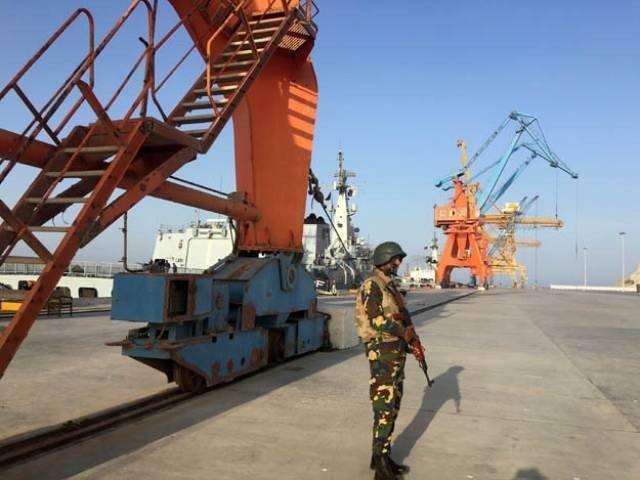 The China-Pakistan Economic Corridor (CPEC), known as the project of regional economic integration beyond the geographical route, is a $51.5-billion project of 3,000-kilometre network of roads, railways and pipelines to transport oil and gas from Gwadar port to Kashgar city in northwestern China’s Xinjiang Uyghur autonomous region. Its importance for socio-economic development of Pakistan in particular and the region in general cannot be miscalculated but there are some elements in politics, social media and the press misguiding the people of Pakistan over the western route claiming that Balochistan and K-P are not included in the plan and it is a Punjab-specific project.
Though the anti-Pakistan voices had been simmering since April 2015 when the multi-billion-dollar project of all-weather strategic cooperative partnership was signed during President Xi’s watershed visit to Islamabad but it eventually boiled over when, the letter of “P” in CPEC was being defined as “Punjab” instead of “Pakistan”. This concept started circulating on social media and the local press propagating the idea that western route is missing in the project. This perception was in sharp contrast to the original idea of CPEC that aimed at the development of all four provinces of Pakistan.
Chinese Ambassador to Pakistan Sun Weidong stepped forward to divulge the reality and responded to the criticism by political parties that the western route of CPEC has been changed and Pakhtun and Baloch have been deprived of their rights and interests. He gave the details of CPEC to dispel its image as a Punjab-specific project. The breakup of CPEC project included 16 projects for Balochistan, 8 for K-P, 13 for Sindh and 12 for Punjab. The break-up shows that the number of projects for Balochistan are more than Punjab’s. These are Khuzdar Basima Highway (N 30), DI Khan Quetta Highway (N 50), Hubco Coal Power Plant, Gwadar Power Plant, Gwadar Nawabshah LNG Terminal and Pipeline, Gwadar Eastbay Expressway, Gwadar New International Airport, Gwadar Smart Port CityMaster Plan, Expansion of Multi-purpose Terminal including Breakwater & Dredging Wastewater, Treatment Plants for Gwadar City, Gwadar Primary School, Gwadar Hospital Upgradation, Gwadar Technical & Vocational College, Gwadar Eastbay Expressway II, Fresh Water Supply and Gwadar Free Zone.
In Khyber-Pakhtunkhwa, eight projects under CPEC relate to the province Joint Feasibility Study for Upgradation of ML1, Establishment of Hevelian Dry Port, KKH II (Hevelian Thakot) Upgradation of ML 1, KKH III (Raikot Thakot), D I Khan Quetta Highway (N 50), Suki Kinari Hydropower Project and Optical Fiber Cable from Rawalpindi to Khunjrab.
The 13 CPEC projects related to Sindh are Matiari-Lahore Transmission Line, Matiari-Faisalabad Transmission Line, Port Qasim Power Plant, Engro Thar Power Plant & Surface Mine in Block II of Thar Coal Field Dawood Wind Farm, Jhimpir Wind Farm, Sachal Wind Farm,China Sunec Wind Farm,Upgradation of ML 1, Thar Coal Block I & Mine Mouth Power Plant,Gwadar Nawabshah LNG Terminal & Pipeline, Karachi Lahore Motorway (Sukkur Multan), Joint Feasibility Study for Upgradation of ML1 while 12 projects under CPEC relating to Punjab are Optical Fiber Cable from Rawalpindi to Khunjrab, Haier and Ruba Economic Zone II, Karachi-Lahore Motorway (Sukkur Multan), Joint Feasibility Study for Upgradation of ML1, Upgradation of ML 1,Sahiwal Coal Fired Power Plant, Rahimyar Khan Coal Power Plant,Karot Hydro Power Plant, Lahore Orange Line Metro Train, Matiari-Lahore Transmission Line, Matiari-Faisalabad Transmission Line, and Quaid-e-Azam Solar Park in Bahawalpur.
CPEC is based on mutual interest of both countries as China abundant with products and technology needs markets to sell its products while Pakistan is a technology-deficient country and requires investment and machinery for economy boost up and employment generation. China has already invested $14 billion in 30 early harvest projects to be completed under CPEC, a flagship project of the One Belt One Road initiative launched by Chinese President Xi Jinping.
The break-up of projects of CPEC shows that all four provinces of Pakistan have been given due importance in the plan and none of the province is left out. It was clarified at the very outset that the western route of the plan is not changed and the same was communicated in All Parties Conference. China itself has given clarification time and again but anti-Pakistan political forces did not pay any heed to the statements given by the governments of Pakistan and China. In fact, they want to exploit the Baloch and Pakhtuns in their favour to inflame the forces of separatism in the provinces of Balochistan and K-P. They wanted to cash the propaganda of seclusion of Balochistan and K-P to malign the government.
In a way they were supporting India and other enemies of Pakistan to sabotage the whole project. India never wants to see the completion of CPEC. The reason behind India’s concern is that all rail, road and pipelines to ferry oil and gas from Gwadar port on the Arabian Sea to Kashgar in China’s Muslim-dominated Xinjiang province will be passing through “PoK”. Therefore, during the bilateral meeting with Xi on the sidelines of the G20 summit,Modi raised India’s concerns over the China-Pakistan Economic Corridor being laid through “Pakistan-occupied Kashmir (PoK)”. Modi told Chinese President Xi Jinping that the two countries need to be “sensitive” to each other’s strategic interests.
Before supporting non-state actors, political parties, foreign-funded NGOs and the press should recognise their duty to be faithful with the country. It’s the sense of patriotism that needs to be awakened and reinforced in all Pakistanis. If we are internally strengthened, no external enemy can shake us. Our loyalty to our homeland lies in safeguarding national interest. If this project is completed successfully, it is expected other developed countries like Russia will also like to invest in Pakistan opening vistas of socio-economic development of Pakistan.