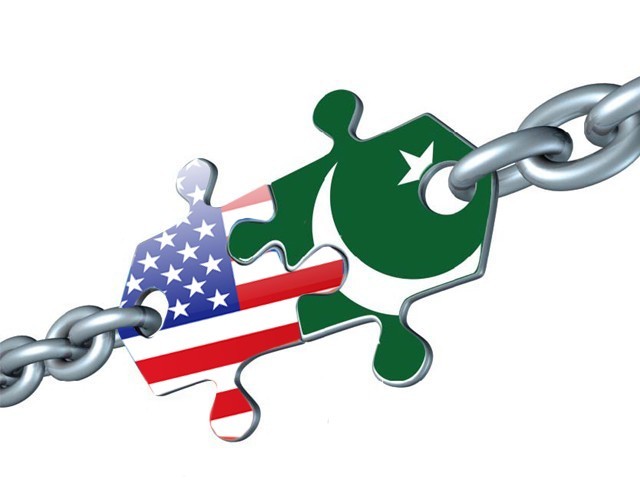 The contradictory external policies of Pakistan’s policy makers never fail to surprise me. The news coming from Islamabad on 26th August was a prime example of a government whose left hand does not know what the right hand is doing. On the one hand, Adviser on Foreign Affairs Sartaj Aziz was busy briefing foreign envoys in Islamabad on the Indian atrocities in the Indian occupied Kashmir (IOK) and criticising Indian refusal to enter into a dialogue with Pakistan for a peaceful settlement of the Kashmir dispute. On the other, at the SAARC Conference of Finance Ministers held in Islamabad on the same day, Prime Minister Nawaz Sharif and Finance Minister Ishaq Dar were calling for the realisation of the goal of a South Asian Economic Union which would have the effect of making Pakistan subservient to India in the economic field with the clear risk of endangering Pakistan’s independence and national security. To issue such statements when India is busy destabilising Pakistan by sponsoring acts of terrorism in Pakistan is simply incomprehensible. It betrays an utter lack of comprehension of the implications of a South Asian Economic Union. Only Pakistani leaders and senior officials are capable of demonstrating such abysmal ignorance. Equally to blame is the current leadership of the Pakistan Foreign Ministry for having allowed the state of affairs to come to such a pass.

There is a reason for these harsh words. A look at the front pages of Pakistani newspapers of 27th August tells the readers that India blamed Pakistan a day earlier of being the “prime perpetrator of terrorism” in South Asia. The Indian statement came hours after Adviser on Foreign Affairs Sartaj Aziz briefed the envoys of the five permanent members of the UN Security Council and the European Union on the situation in the Indian occupied Kashmir and Pakistan’s readiness to engage India in a dialogue for the resolution of the Kashmir dispute. The briefing session took place in the wake of the Indian rejection of Pakistan’s invitation to the Indian Foreign Secretary to visit Islamabad on 29-30 August to discuss Kashmir. It is also important in this connection to keep in mind the reign of terror let loose by the Indian forces in IOK over the past nearly two months resulting in the martyrdom of more than 80 Kashmiris besides injuries to over 7000 people. Pakistan has launched a world-wide diplomatic campaign to sensitise the international community on the atrocities being committed by India in IOK to suppress through use of brute force the struggle of the Kashmiri people for the exercise of their right of self-determination as enshrined in UN Security Council resolutions.

As expected, India has rejected all overtures from Pakistan for the resumption of a comprehensive dialogue for discussing outstanding disputes including Kashmir. It has taken the position that it can only discuss “cross-border terrorism” with Pakistan as it considers it to be central to the situation in Kashmir, conveniently ignoring the indigenous character of the struggle of the Kashmiri people for liberation from the Indian occupation and for the exercise of their right of self-determination. The spokesman of the Indian Ministry of External Affairs stated that the “agenda before India and Pakistan today is clearly to put an end to cross-border terrorism and incitement to violence from Pakistan.” Besides the Indian rejection of Pakistani initiatives for a peaceful settlement of the Kashmir dispute in accordance with the relevant UN Security Council resolutions and its atrocities against the Kashmiri people, one must not ignore India’s efforts to destabilise Pakistan politically by fomenting terrorism in Balochistan, Karachi and FATA in pursuance of its aggressive designs as elaborated by me earlier in my last article in these pages. (“India’s ‘silent war’ on Pakistan”, the Nation, 16th August, 2016).

While these ominous developments are taking place on the Indian front posing a serious threat to Pakistan’s national security and economic well-being, Prime Minister Nawaz Sharif, while inaugurating the eighth SAARC Finance Ministers’ Conference at Islamabad on 26th August, called for efforts to make the South Asian Economic Union a reality. Earlier, Finance Minister Ishaq Dar, in his welcome address, had elaborated the desirability of the vision of the South Asian Economic Union. These statements coming from Pakistan’s top leadership, besides conveying the impression that Pakistan is merely paying lip service to the Kashmir cause, amount to an invitation to collective hara-kiri on the part of the people of Pakistan if the true meaning and implications of regional integration and Economic Union are clearly understood. They are particularly alarming against the background of the Indian hegemonic ambitions in South Asia, its intransigence on Kashmir and its aggressive designs against Pakistan.

An Economic Union reflects a stage in the evolutionary process of regional economic cooperation in which there is not only free trade among the member states but labour and capital are also able to move feely among them, and their fiscal, monetary and external trade policies are harmonised. As an inevitable consequence of the economic integration implied in an Economic Union, the economies of the member states come to be dominated and their economic policies tend to be determined by the preferences and policies of the more powerful states among them. The dominant position of Germany in EU substantiates this conclusion. The progress towards the goal of an Economic Union also presupposes cultural affinities and community of interests, that is, a feeling of a common destiny and a shared vision of the future among the member states. These essential conditions are not fulfilled in the context of SAARC.

In the case of the South Asian Economic Union, India, which outweighs all other member states in terms of population and the size of the economy, would inevitably play a determining role in the formulation of the economic policies of the member states of SAARC. Further, since there is a close link between economic and political issues, India in due course would also be able to dictate the political and security policies of the member states, thus, fulfilling its hegemonic designs without having fired a shot. The readers, who are interested in a detailed analysis of the implications of the South Asian Economic Union, are invited to have a look at chapter 5 entitled “Regionalism and Pakistan” in my book, “Pakistan and a World in Disorder—-A Grand Strategy for the Twenty-First Century” published by Palgrave Macmillan from New York in June this year.

It is ironical that one the one hand our leadership does not tire of telling the nation and the international community about the serious threat that India poses to Pakistan’s national security and to regional peace and stability because of its hegemonic designs and refusal to settle outstanding disputes, particularly the Kashmir dispute, through peaceful means, and on the other it is active in promoting initiatives which would ultimately result in Pakistan’s submission to the Indian diktat. The only conclusion that one can draw from these contradictory policies is that our top leadership and policy makers lack the wisdom to coordinate and synthesise their political, economic, diplomatic, and security policies into a coherent whole in the form of a grand strategy to enable the nation to come to grips with the challenges of the 21st century. At present, each Ministry and department is busy pursuing its own limited agenda. The emphasis, unfortunately, of our leaders and policy makers is on fire-fighting and tactical issues. What is missing is an over-all vision which would lay down our long-term goals and determine the strategic direction in which we wish to move as a country and as a nation.

The writer is a retired ambassador and the president of the Lahore Council for World Affairs.