The Schools Security By Madeeha Ansari 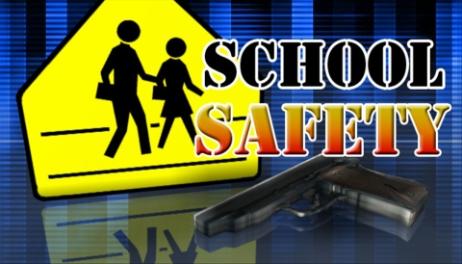 IT has been more than a year since the disturbing images of teachers shouldering rifles and holding semi-automatic pistols were published, and the debate raged over allowing weapons in KP schools. Now, the director general for private schools in Sindh has issued a 16-point set of guidelines, once more raising questions about what it means to be a teacher in a fragile state.

Already, there is a high burden of responsibility for being a teacher in a city like Karachi. In a recent event in the city, one social enterprise showcased its work with children from schools beyond the parameters of Clifton and Defence.

Through drama, satire and the spoken word, the young people delivered powerful messages about how they saw their country and the direction it is taking. The overwhelming themes chosen by middle-schoolers from Lyari were gun violence, gang culture and organised crime. The nonchalance with which the children portrayed these as part of their everyday reality was chilling.

If anything, the challenge for a teacher would be to present alternative ideals, and to counter hyper-masculine concepts of power in a city that has slung violence across its shoulder for decades. Might is right, when the cellphone snatcher — or the feudal prince’s guard — has a gun.
Pakistan’s children know that education is under siege.

Not that the phenomenon of urban violence is specific to Karachi — globally, recorded deaths due to lethal violence and ‘intentional homicide’ are far higher than those due to direct conflict. Now, the situation is becoming more complex. The danger of organised criminal violence merging with militancy spilling over from other parts of the country poses new threats, and puts schools at particular risk.

The new guidelines for private schools call for an increase in physical security, vetting of all teaching and non-teaching personnel by the police, scrutiny of pick-and-drop processes and close communication with security and health service providers. All these appear necessary in the climate of uncertainty, though they will impact the culture of schools and the experience of education. The 15th point calls for training of teaching and non-teaching staff in the use of weapons, by Rangers and police.

Such an exercise would mean pushing the country further down a path where roles are confused and ideals distorted. If the teacher is meant to be a role model, putting a gun in his or her hand would mean not just legitimising violence, but also glorifying it in the students’ eyes. And, it is an announcement of lack of confidence in Karachi’s security apparatus. Already, Rangers have disproportionate powers. If anything, there needs to be training and strengthening of the police, whose job it is to protect students and teachers.

Of course, schools and authorities need to take every step possible to ensure that children are safe. However, it is important to know good practices from detrimental ones.

Let’s go back to the Safe Schools Initiative guidelines shared in February 2015. As far as the role of school personnel is concerned, it was recommended that staff be trained as ‘school safety officers’ who were not to man the gates, but to be trained in evacuation procedures and communication with security officials and local authorities. It was recommended that more security guards be recruited as per need, “However, it should be noted that visibly armed protection at schools has been shown to negatively impact learning.”

So, according to best practices, even security guards are not to display weapons in a conspicuous manner that affects the school environment. In reality, every child in Pakistan is aware that education is under siege. It takes one look at the snipers atop heavily fortified schools to realise that there is a new normal. Temporary school closure is taken as a matter of course by preschoolers as well as high-school students, and events involving large gatherings of students may be cancelled without much ado.

The role of educators needs to be to reshape this new normal. It takes strength to keep one’s eyes on a higher goal, and brook disruptions because in the bigger picture, the school experience should not be dominated by hysteria. On one hand, physical security needs to be guaranteed in collaboration with police and Rangers, with school staff being aware of safety protocols. On the other, this should mean that teachers can concentrate on the task of protecting and nurturing young minds, so that in a distant dream, the themes chosen by children for school plays can be different.

The director general has warned that there will be consequences for schools that do not act upon the guidelines. It would be wise for parents, staff and administrators to think through the consequences for those that do.

The writer works for a children’s non-profit organisation.