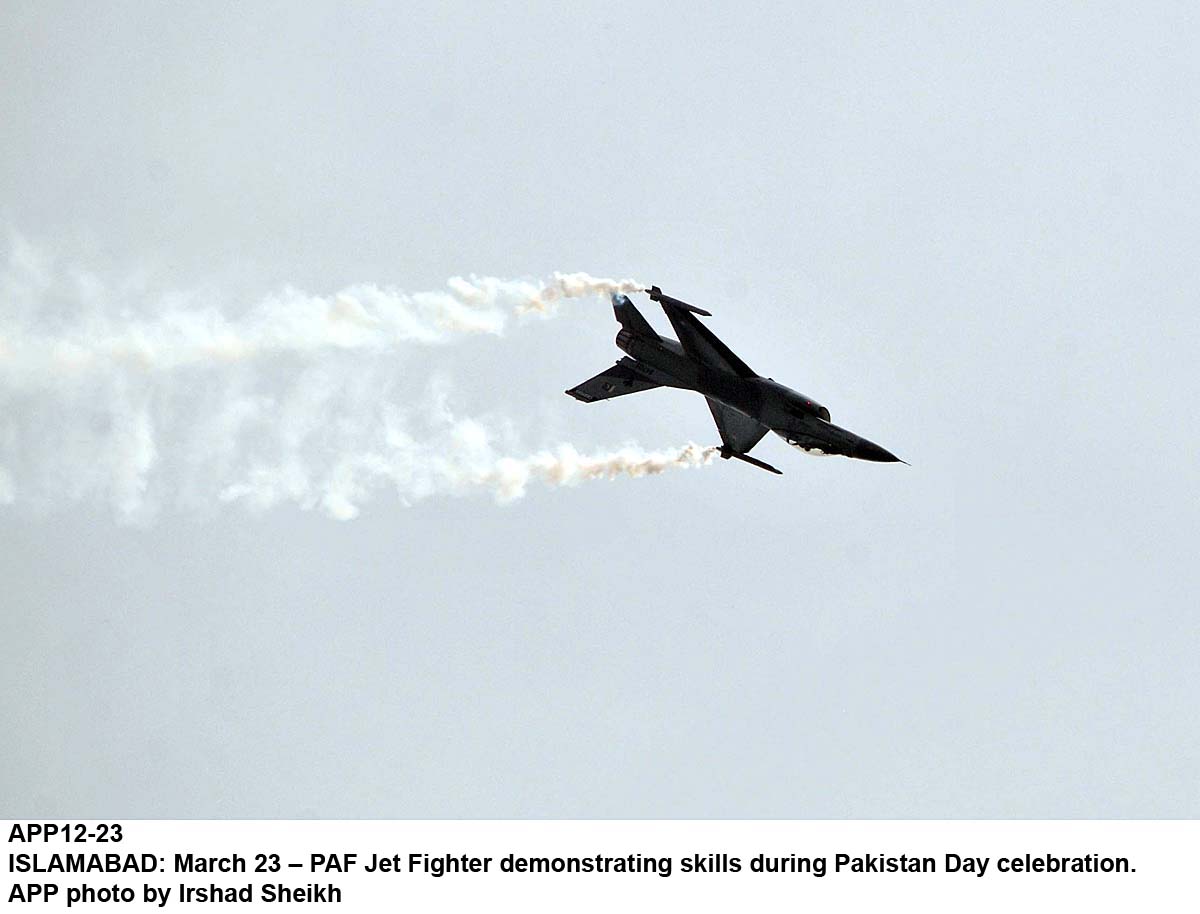 ISLAMABAD, Sep 6 (APP): Pakistan Air Force (PAF) Wednesday celebrated
Defence Day of Pakistan with traditional fervour at all PAF bases and installations.
In his message on this auspicious occasion, Chief of the Air Staff
Pakistan Air Force, Air Chief Marshal Sohail Aman said, “Defence Day of Pakistan reminds us of the supreme sacrifices of our intrepid heroes who responded to the enemy’s aggression with exemplary courage and professionalism.
In a remarkable show of unity, both the people and the armed forces of
Pakistan stood firm and inflicted a crushing defeat on the enemy, many times larger in size.
The unprecedented challenges facing the country call for reviving the
same spirit of nationhood. I am confident that together we will rise to the occasion and take the country forward.
Our sustained efforts and countless sacrifices in the War against
terrorism for restoration of global peace are matchless and as such must be globally recognised.
I assure you that PAF is ever ready to foil the nefarious designs of the
enemy and, as always, will live up to the nation’s expectations.”
The epoch-making day was celebrated with a renewed pledge and
determination to make ‘Fazaia’ even more stronger and potent force to face any challenge. The day started with special ‘Dua’ and Quran Khawani for the Shahuda at all PAF bases.
A special feature of the day was the change of guards ceremony at the
Mausoleum of Quaid-e-Azam in Karachi. Aviation cadets from Pakistan Air Force Academy, Asghar Khan assumed guard duties at the mausoleum to honour the Father of the Nation.
Air Vice Marshal Imran Khalid, Air Officer Commanding, PAF Academy
Asghar Khan laid the wreath at the grave of the great leader.
A static display of PAF aircraft and ammunition was also held at PAF
bases, Nur Khan (Rawalpindi), Masroor (Karachi), Peshawar, Samungli (Quetta) and Lahore.
PAF’s fighter aircraft including F-16, JF-17 Thunder, Mirage and F-7
PG performed aerobatics to pay tribute to the warriors of 1965 and 1971 wars.
Students form Fazaia schools and colleges presented national songs at
the occasion, which were highly applauded by the audience. A large number of people including women and children keenly witnessed the PAF’s aircraft and arsenal.
To pay tribute to Shuhada and veterans of PAF, a special programme
‘Mujahideen-e-Aflak Ko Salam’ has also been produced by Pakistan Air Force which would be aired on electronic media on the eve of September 7.