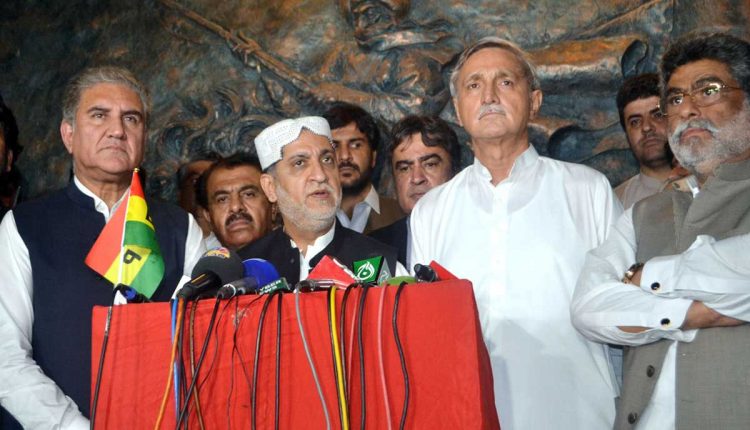 Under the MoU signed by Mr Mengal and Mr Qureshi, the BNP-M will support PTI candidates for the positions of prime minister and speaker and deputy speaker of the National Assembly.

While addressing a joint press conference after signing the agreement, Mr Mengal and Mr Qureshi announced that the two sides had agreed on six points. The six points include recovery of missing persons, implementation of the National Action Plan, implementation of six per cent quota for Balochistan in the federal government, immediate repatriation of Afghan refugees and the construction of dams in the province to resolve the acute water crisis.

Mr Mengal said the promises made with the people of Balochistan, which had not been met over the past 70 years, were presented to the PTI. He said that for the first time the BNP-M signed a six-point agreement with the PTI leadership after detailed negotiations.

As this time it was a written agreement, the BNP-M expressed the hope that the PTI government would work on all the six points, Mr Mengal said, adding that the PTI would be given space to act according to the agreement.

Mr Qureshi said he had great respect for Mr Mengal as they had time-honoured relations. He vowed that all the promises made with the BNP-M would be fulfilled.