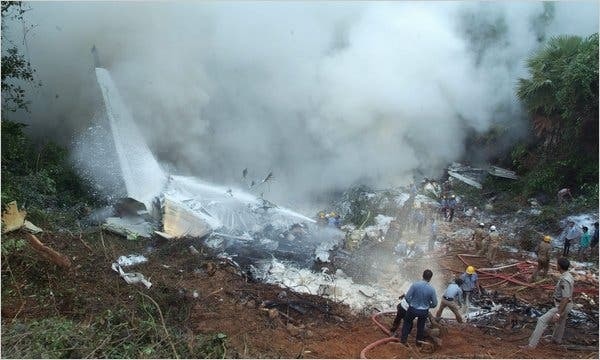 (New Delhi) At least two people were feared dead, and 35 injured when an Air India passenger plane crashed in the southern city of Calicut as it came in to land in heavy rain on Friday, police said.

The Air India Express plane from Dubai had 191 passengers and crew on board when it overshot the runway, the civil aviation ministry said in a statement. There were 10 infants on board.

“We believe there are two people dead, and 35 injured, we are still in the middle of the rescue effort,” area police superintendent Abdul Karim said. The plane fuselage split into two as it overshot the runway and fell into a valley, television networks said.

“As per the initial reports rescue operations are on and passengers are being taken to hospital for medical care,” the civil aviation ministry said in the statement. There was no fire on board, it said.

The plane was coming in from Dubai and it overshot the runway as it landed. “Several passengers are injured,” an Air India spokesman said.