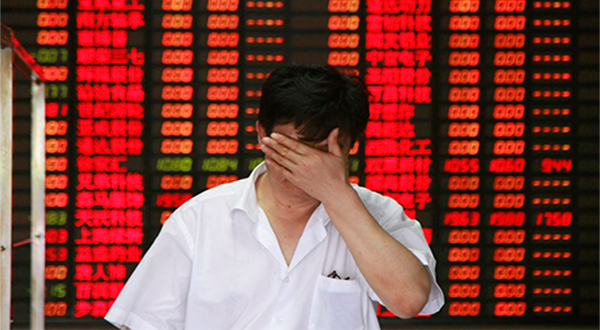 China’s stock market has been overtaken as the world’s second-biggest by Japan’s, having been swiped this year by the threat of a trade war with the United States and slowing economic growth.

Data from Bloomberg News in intra-day trade on Friday showed the value of equities on the mainland had slipped behind those in their neighbouring country for the first time since taking the number-two spot in 2014.

The figures showed Chinese stocks were worth $6.09 trillion, compared with $6.17tr in Japan. The US market is worth $31tr.

While global markets have been broadly hit by fears of a trade war between the world’s top two economies, Chinese equities are among the worst performers this year, with the benchmark Shanghai Composite Index slumping more than 16 per cent since the start of January.

The pressure was ratcheted up this week when the White House said it was considering more than doubling threatened tariffs on a range of Chinese imports worth $200 billion.

Washington has already imposed tariffs on $34bn worth of goods and is considering hitting another $16bn in the coming weeks.

“Losing the ranking to Japan is the damage caused by the trade war,” Banny Lam, head of research at CEB International Investment in Hong Kong, told Bloomberg News.

“The Japan equity gauge is relatively more stable around the current level but China’s market cap has slumped from its peak this year.”

Adding to the selling has been a string of data indicating economic growth is slowing, while Beijing has embarked on a drive to cut a worryingly large debt mountain as well as reduce pollution.

Also worrying investors are the yuan’s recent losses, with the currency at its lowest level against the dollar for more than a year, while traders have been mostly unmoved by government measures and promises to support the economy.

At the same time, Japanese corporate results have been broadly upbeat, providing some support to markets there, though the Nikkei is still slightly down this year.

“On the other hand, Japanese companies are showing strong results in general, sustaining share prices on the Tokyo Stock Exchange.”

However, he added: “The Tokyo market is not in top form. The country is also subject to the trade war as it is heavily relying on global trade.”

Chinese stocks have been on a rollercoaster since taking the second spot in 2014.

Fuelled by risky investing by individual investors looking for a quick profit, the market surged through early 2015 to hit a high of $10tr, but then the bubble burst and it went into a downward spiral, with the Shanghai composite crashing about 40pc.