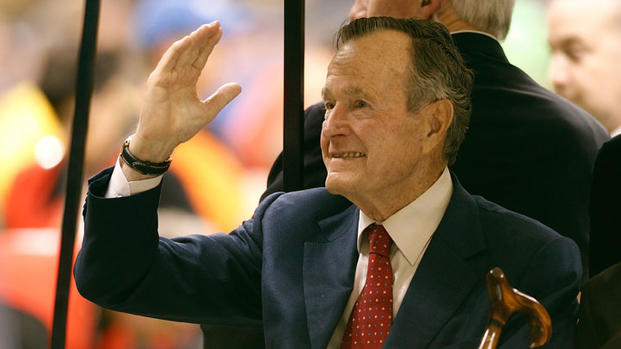 George H.W. Bush — the upper-crust war hero-turned-oilman and diplomat who steered America through the end of the Cold War as president and led a political dynasty that saw his son win the White House — died on Friday. He was 94.

George W. Bush called his father a “man of the highest character and the best dad a son or daughter could ask for,” in a statement announcing his death.

“The entire Bush family is deeply grateful for 41’s life and love, for the compassion of those who have cared and prayed for Dad, and for the condolences of our friends and fellow citizens.”

Bush’s passing comes just months after the death in April of his wife and revered first lady Barbara Bush — his “most beloved woman in the world” — to whom he was married for 73 years.

The 41st American president was a foreign policy realist who navigated the turbulent but largely peaceful fall of the Soviet Union in 1989 and assembled an unprecedented coalition to defeat Iraqi strongman Saddam Hussein two years later.

But the decorated war pilot and former Central Intelligence Agency (CIA) chief suffered the ignominy of being a one-term president, denied a second term over a weak economy when he lost the 1992 election to upstart Democrat Bill Clinton.

His favoring of stability and international consensus stands in sharp contrast to the provocative bluster of fellow Republican and current White House occupant Donald Trump, a man whom Bush did not vote for in 2016.

Bush presided over economic malaise at home, and infuriated his fellow Republicans during a budget battle with rival Democrats by famously breaking his vow: “Read my Lips: No new taxes”.

But he was the respected patriarch of a blue-blood political dynasty — son George spent eight years in the White House, and son Jeb served as governor of Florida.

At the time of his death, Bush was the American president to have lived the longest.

Jimmy Carter was born a few months later, so he could quickly reset the record.

“America has lost a patriot and humble servant in George Herbert Walker Bush. While our hearts are heavy today, they are also filled with gratitude,” former president Barack Obama said in a statement.