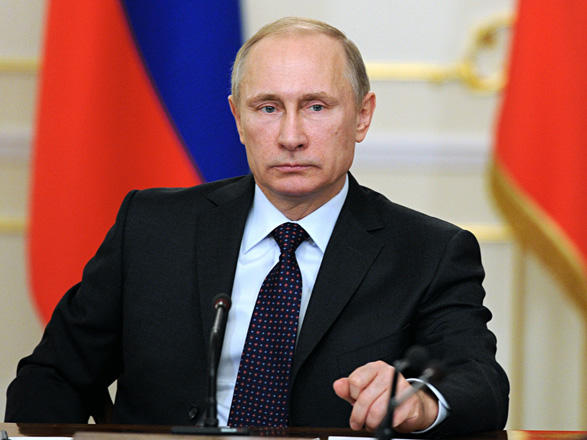 MOSCOW: Russian Presi­dent Vladimir Putin on Tuesday warned Ukraine against any “reckless acts” after Kiev declared martial law in response to Moscow’s seizure of three of its navy vessels.

The Ukrainian parliament late on Monday voted in favour of President Petro Poroshenko’s request for the introduction of martial law in border areas for 30 days.

The move came after Russian forces fired on, boarded and captured three of Kiev’s ships on Sunday off the coast of Crimea, sparking the most dangerous crisis between the ex-Soviet neighbours in years.

The incident was the first major confrontation at sea in the long-running conflict pitting Ukraine against Moscow and Russian-backed separatists in the country’s east.

It has raised fears of a wider escalation — in a conflict that has killed more than 10,000 people since 2014 — and prompted international calls for restraint.

Sailors to appear in court

Moscow has so far resisted calls to release the three ships or the 24 sailors it has detained.

Some of the sailors will face trial in Simferopol — the main city in Russian-annexed Crimea — on Tuesday, the peninsula’s human rights ombudsman Lyudmila Lubina told AFP.

The rest are expected to face trial on Wednesday, she said, while three others were still in hospital after being wounded in the weekend clash.

Britain, Canada, France, Germany and others expressed support for Kiev on Monday, with EU President Donald Tusk calling for Russia to return the Ukrainian sailors and ships and “refrain from further provocations”.

The foreign minister of Austria, which holds the rotating EU presidency, said on Tuesday that the EU will next month consider further sanctions against Moscow over the flare-up.

The United Nations Security Council met in an emergency session on the crisis on Monday, where US envoy Nikki Haley called the seizure of the ships an “outrageous violation of sovereign Ukrainian territory”.