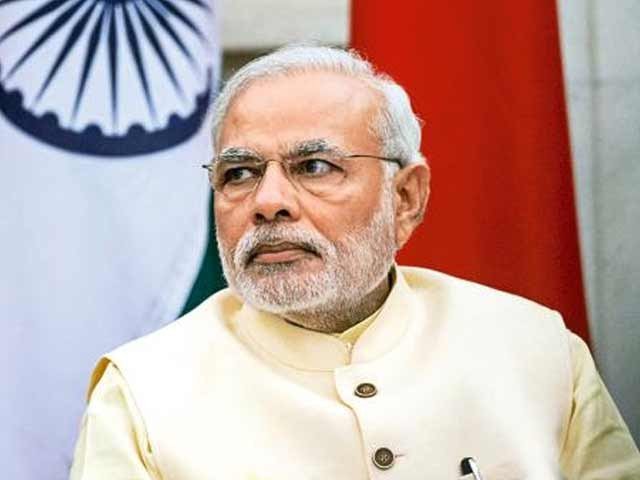 NEW DELHI: Prime Minister Narendra Modi’s ideological grooming should be traditionally wary of promoting the anti-British revolt of 1857 for its association with Hindu-Muslim unity.

The prime minister on Saturday broke from the unspoken Hindutva historiography and urged his coalition’s newly elected MPs to work for communal harmony on the model of the joint Hindu-Muslim uprising so as to deliver India its truer freedom.

Liberal and leftist critics immediately called it a ploy, arguing that neither the Hindutva historiography nor Mr Modi could be trusted with secular facts.

A European woman environmentalist, who was evicted from India-held Kashmir by the Modi government, warned that the first test of Mr Modi’s resolve could come with the prime minister’s moves on tweaking the special constitutional status of the disputed state.

If Mr Modi does harbour the feared confrontation in the Valley, it was not evident in his speech, which shepherded the focus of the new MPs several times to the constitution. Bad press that he received from the foreign media during the elections clearly influenced the tone of Mr Modi’s speech, a departure from his recent barbed exchanges with the opposition replete with ultra nationalist rhetoric.

On Saturday, as he was unanimously elected as the leader of the Bharatiya Janata Party and the National Democratic Alliance, he broke into a Kennedy-like fulmination. “There are things we expect from the world. But there are things that the world expects from a great country like ours,” he said. “It is often tempting for the people’s representative to discriminate against those that didn’t vote for them. That sentiment should be shunned.”

He said India’s minorities had been used and abused by politicians. It was time to win their trust. Mr Modi also pointed to the large number ever of women MPs in the new parliament and said this would only improve in the future.

As he spoke, some news portals published pictures of Hindu cow vigilantes beating a Muslim couple in Congress-ruled Madhya Pradesh on May 22. The masked attackers were reportedly arrested.

Mr Modi did not speak of the difficult days India faces with the US-Iran standoff in the Gulf and the Sino-American business spat that has shaken global markets. Newspapers expressed the view that he could meet his Pakistani counterpart during the Shanghai club’s summit in Bishkek in mid-June.
Rahul, Mamata offer to quit

While Mr Modi was greeted by 350-plus MPs with shawls and flowers, there was soul-searching within two of the main parties that fought him hard but were crushed. Reports said Rahul Gandhi had submitted his resignation to the Congress Working Committee and was adamant at not accepting a refusal. In Kolkata, West Bengal Chief Minister Mamata Bannerjee offered to resign, saying she took responsibility for the huge debacle that allowed the BJP to win 18 seats in the state from its mere two.

Later, Mr Modi met President Ram Nath Kovind to formally stake his claim to form the new government. He had earlier warned the first-time MPs who include movie actor Sunny Deol and former cricketer Gautam Gambhir, not to get a bloated head, and not to fall prey to the media’s guile.

“They will come to you claiming to know that your name was on the list of the new cabinet. Don’t believe them. Even if you get the official call for swearing in, do carefully check if it’s a genuine call.”