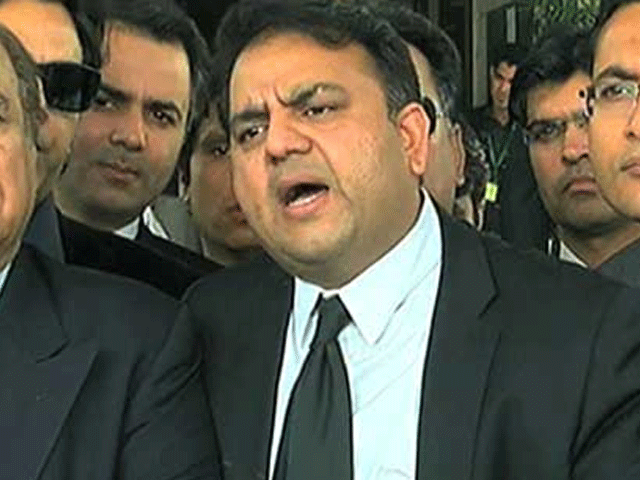 Information Minister Fawad Chaudhry on Friday advised the Indian government to accept that the Kashmir issue has no military solution.

Chaudhry was addressing a seminar of the All Parties Parliamentary Kashmir Group in Islamabad.

“[Indian Prime Minister] Narendra Modi just announced that [his government] will give a package of billions of rupees to [Indian Occupied] Kashmir,” Chaudhry said. “But independence cannot be bought with money. Independence is a sentiment felt in the heart, a narrative of the heart.”

The information minister said that India’s allegation that Pakistan was instigating unrest in Kashmir had no foundation and the Indian government had only adopted this stance because it was unable to crush the struggle for freedom in the region. He urged Indian authorities to realise that “armies cannot conquer the narrative of the heart”.

Chaudhry said that Pakistan’s stance on Occupied Kashmir was not inspired by the “beauty of Kashmir”.

“We don’t view the Kashmir issue from a territorial point of view. We look at it from a humanitarian angle,” he said, adding that the “pain of Kashmiris is felt by Pakistan”.

The information minister further said that pro-Pakistan sentiment in Kashmir was very high and political parties which contested elections in the territory realised this.

“[Kashmiri leader] Umar Farooq told me that political parties contesting elections in Kashmir knew that if they adopted an anti-Pakistan narrative, their voter base would alienate them,” he said.

He emphasised the importance of peace in the region, saying that friendly relations between India and Pakistan would lead to trade and an improved economy, which would benefit both countries.

Referring to the Indian government’s refusal to attend the South Asian Association for Regional Cooperation conference if it was hosted by Pakistan, the information minister said that “Saarc was suffering” due to Delhi’s position on the matter.

“As soon as Indian authorities and intellectuals realise that they will have to adopt a realistic approach towards the Kashmir issue and that it needs to be solved, we can move forward.”