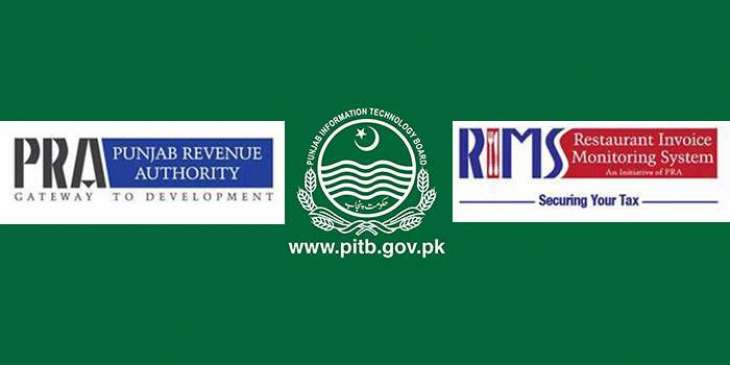 Punjab Information Technology Board (PITB) rolled out the Restaurant Invoice Monitoring System (RIMS) in Lahore & Faisalabad for the Punjab Revenue Authority in September 2015, which is helping to get food businesses registered with the tax authorities and it has received encouraging response by reporting sales tax nearly four billion Rupees (3.95 billion) and over twenty three million (23.9 mil) invoices from different restaurants of the two major cities of Punjab province so far.

Getting people to pay their taxes is an insurmountable task. The Punjab Information Technology Board (PITB) came up with a unique and significant way to enhance the number of taxpayers in Lahore, the capital city of Pakistan’s largely populated province, Faisalabad and now in Rawalpindi. RIMS is now being extended to the other Divisions of the Punjab Province.

RIMS connected 640 restaurants to verify and asses the tax amount being received, by sending RIMS team to the restaurants frequently.