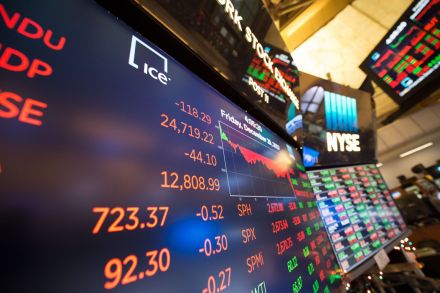 KARACHI: Investors heaved a sigh of relief as the stock market posted recovery after snapping the seven-successive-week selling spree that had seen the stocks plunge 14pc with the KSE-100 index settling at three-year low around 33,167 points.

In the outgoing week, bulls returned with a vengeance to charge in all the five sessions that saw the index rebound by 2,537 points (7.65pc) representing 10-year high return in terms of percentage. The index easily crossed two successive barriers to settle at 35,704 points.

The buyers continued to rush back into equities to capitalise on discounted valuations with all five sessions closing in the green. The investor enthusiasm was underpinned by the proposed market support fund of Rs17-20 billion; progress on shares buyback rules and the investors realisation that the market was oversold.

Unsuccessful drilling activity at Khekra-1 brought a volatile start to the week as the index touched a low of 2.5pc during the day before bouncing back. The market reckoned that the approval of deferred oil payment facility of $3.2bn with Saudi Arabia which would ease pressure on balance of payments position and foreign exchange reserves.

Foreign buying continued this week, though clocking in at a tiny sum of $0.02m compared to net buying of $8.21m last week. Foreigners cherry-picked shares in cement amounting to $2.19m and commercial banks $1.44m, while they sold of stocks in oil and gas exploration and production worth $3.5m. On the local front, selling was reported by insurance companies $6.01m followed by mutual funds $5.64m.

Index recuperation was supported by 66pc jump in volume which for the week stood at 157.2m shares up from 100.2m shares that changed hands. Activity was tilted towards the main board shares and blue-chips. Average value traded increased by 44pc to $40m.

Sector-wise, refineries up 17pc week-over-week and oil marketing companies rose 18pc outperformed the benchmark index as they posted double-digit returns during the week. Banking clocked in gains of 494 points as higher than expected interest rate hike of 150bps by the State Bank. The hike remained largely a non-event for the leveraged plays that gained from improved market sentiments.

The news regarding termination of compliance agreement by Federal Reserve with UBL also acted as the trigger.On the other hand, automobile assemblers up 4pc and insurance 3pc underperformed the benchmark. Going forward, market participants would keenly watch out for the developments on the proposed market support fund. They would also track news flow on the upcoming budget and geopolitical developments in the Middle East.

Analysts cautioned that while the market support fund could improve market sentiments in the immediate term, the fundamental weakness in the economy could again raise its head. Further, investors may be weary of holding positions through the upcoming holiday season and opt to reduce their positions.